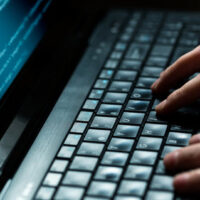 There are more online threats and hackers these days than ever before. Identity theft, stealing user name and password data, spams, viruses… Cybercrime is a real thing that can hurt not only citizens and businesses but also governments.

This was evident from a recent cyberattack that has hobbled the New Orleans city government since mid-December, according to Nola. It was likely that criminals used what appears to be their most favorite weapon, Ryuk.

This relatively new breed of ransomware is used to lock up computer data until the victim pays in Bitcoin to get a key that releases the data. It was Ryuk that damaged Louisiana state government servers last month, forcing a shutdown, though state officials claimed that they did not pay a ransom, nor did they lose any data in the November cyberattack.

While typically the attacker using Ryuk does not steal the data, only demands payment, some hackers are now doing both stealing data and demanding a ransom. Cybersecurity experts say that one of the city government-related files that Ryuk encrypted in the latest cyberattack in New Orleans was called “contracts and revenue.”

It is unclear what information the file contained and whether city officials were able to retrieve it. Experts are concerned about whether financial data, including bank wiring information, was affected by the cyberattack. This could be one of many files that Ryuk attackers managed to lock up before New Orleans officials powered off all of the city’s computers on Friday, December 13.

Ryuk, which was initially discovered last year, has become a popular weapon among crime organizations and criminals who infiltrate computer networks. Typically, Ryuk is used to target enterprise computer networks, or, in other words, those with the potential for big ransom payoffs.

Infiltrating computer networks or even interfering with another person’s computer access without permission are serious crimes in Louisiana. Being accused of cybercrime in New Orleans or other parts of Louisiana is not a joke.

That is why you need a New Orleans computer crime attorney to build a successful criminal defense strategy. Computer crimes can be charged as either a misdemeanor or felony depending on the severity of the offense:

Computer crimes that fall into the category of “cyber” crimes are:

Depending on the nature of your cybercrime, a conviction in Louisiana could result in months or years in prison on top of unbearable fines. Speak with a New Orleans computer crime lawyer at the Law Office of Robert S. Toale if you have been arrested in connection with a cyberattack, cybercrime, or another type of white-collar crime. Call at 504-368-8440 to receive a confidential case review.