Over the last several decades, a drug epidemic has swept the nation, leaving nearly every American with a friend, family member, or acquaintance who has been touched by the pain of addiction. In response, federal and state governments have been clamping down on individuals and organized groups that contribute to this tragic epidemic by selling and distributing dangerous drugs into the market.

Louisiana has some of the strongest and strictest laws against drug distribution in the country. If you or a loved one are facing charges of distribution or possession with intent to distribute, you must seek the advice and representation of a skilled and experienced New Orleans drug distribution lawyer as soon as possible.

With the potential for a sentence that includes decades behind bars and tens of thousands of dollars in fines, it is vital that you do not miss the opportunity to employ every potential defense available to you and exclude inadmissible evidence from being used against you in court.

Possession with Intent to Distribute versus Distribution Charges

In order to secure a conviction for possession with intent to distribute, the prosecution must prove the following elements beyond a reasonable doubt:

Typically, the prosecution will prove intent based on circumstantial evidence¬—namely, that you had a volume of drugs greater than an amount that would indicate it was intended for your personal use and/or drug paraphernalia that is typically used to divide and package drugs for distribution, like razor blades and baggies. 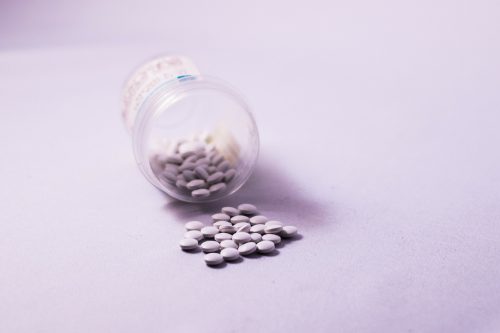 Criminal penalties for distribution of controlled dangerous substances (CDS) in Louisiana differ based on the classification of the drug and the amount distributed. These penalties are more severe than those imposed for possession with intent to distribute convictions.

Louisiana law utilizes the drug classifications set forth in the U.S. Controlled Substances Act (CSA) to determine a drug’s potential for abuse, as well as psychological and physical dependence. Here are some examples of the most common types of drugs involved in distribution cases, along with their potential penalties:

First time convictions for distribution of or possession with intent to distribute a Schedule I CDS narcotic, such as heroin, carry potential prison sentences of 10 to 50 years at hard labor—10 of which shall not be eligible for probation or suspension of sentence—and up to $50,000 in fines. Second time convictions may carry up to 99 years of imprisonment at hard labor.

Distribution of or possession with intent to distribute all other Schedule I CDSs (non-narcotics), like Ecstasy, may carry penalties of 5 to 30 years of imprisonment at hard labor and fines of up to $50,000.

If you are convicted of distributing or possessing with the intent to distribute amphetamine, methamphetamine, or certain narcotic drugs, you may be sentenced to up to 30 years in prison and ordered to pay fines of up to $50,000.

Convictions for distribution of Pentazocine carry potential imprisonment of up to 10 years and up to $15,000 in fines.

Distributing or possession with the intent to distribute cocaine may lead to penalties of up to 30 years in prison and up to $50,000 in fines.

If you are convicted of distribution of or possession with intent to distribute a Schedule III CDS, you may face up to 5 years of imprisonment and $5,000 in fines.

Schedule V: Motofen, Lyrica, and cough syrups with less than 20 grams of codeine.

Anyone who is convicted of distribution of or possession with the intent to distribute a Schedule V CDS may face up to 5 years of imprisonment and a fine of up to $5,000.

Certain accompanying circumstances or crimes may cause enhanced penalties to be applied to a conviction for drug distribution in Louisiana. For example, if the offense is committed in the presence of a child who is 12 years old or younger, a conviction will carry a minimum mandatory sentence of 15 years without probation, parole, or suspension of sentence.

Enhanced penalties also apply to distributing or possessing with the intent to distribute a CDS in a drug-free zone, such as school property.

If you have been charged with federal or state-level drug offenses, it is crucial that you seek the counsel of an experienced drug defense attorney right away. In the beginning stages of a criminal proceeding, you have the opportunity to avoid the potential of a trial, depending on the facts in your case.

When you choose to work with the Law Office of Robert S. Toale, we will immediately begin forming a comprehensive defense strategy with an immediate and ultimate goal of having the charges against you dismissed.

In a criminal case, the prosecution has the burden to prove each element of the offense with which you are charged beyond a reasonable doubt. Our first priority is to identify all of the weaknesses in the prosecution’s case to advocate for the dismissal of the charges against you. With a heavy caseload, the prosecutor’s office does not want to devote time and resources to a case it knows it will not be able to win.

Sometimes, the prosecution may have stronger evidence against you. However, even if the evidence strongly indicates that you distributed or intended to distribute an illicit drug, if the evidence was seized in a way that violated your rights under the U.S. Constitution, it may be inadmissible in court.

We will explore every potential defense and leave no stone unturned when representing you in your drug distribution case.

When you are facing drug distribution charges, your freedom and future are on the line. Most drug distribution offenses carry minimum mandatory sentences and present the risk of spending decades of your life behind bars.

The initial stages of your case are critical. Contact the Law Office of Robert S. Toale right away at 504-370-9233 for a consultation of your case. Attorney Robert Toale has helped countless clients get drug charges dismissed or significantly pled down in negotiations. The quality representation that he brings to the defense of his clients has the potential to truly change the trajectory of your life, as you face these serious charges. Do not stand alone or ill-prepared, call our experienced New Orleans drug distribution lawyer for a consultation today.