The term “drug trafficking” refers to the illegal sale and distribution of illicit drugs, as well as possessing illegal drugs with the intent to distribute them. In Louisiana, it is a felony crime to knowingly and intentionally possess—either actually or constructively—a controlled dangerous substance (CDS) with the intention of distributing or selling it. 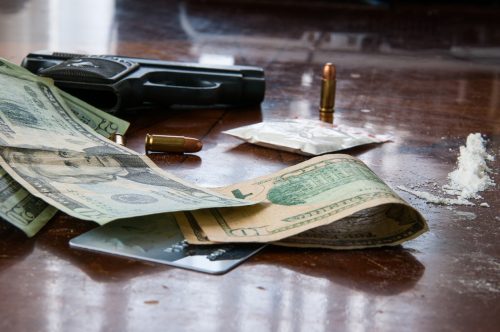 We can help if you are facing drug trafficking charges in either state or federal court such as:

At the Law Office of Robert S. Toale, our New Orleans drug trafficking charges lawyer has decades of criminal defense experience and has been practicing in federal court for more than 15 years. With experience handling most difficult criminal defense cases, including capital cases, our firm can provide you with the criminal defense skills necessary to help you achieve the best possible resolution to your case.

We are well aware of and familiar with the challenges that are part of defending a drug trafficking charge in Louisiana in both state and federal courts, and we are confident in our ability to build legal defense strategies that can succeed.

Louisiana law governs drug trafficking activity that occurs within the borders of the state—the area in which the government of the State of Louisiana has legal jurisdiction. In order to be charged with a federal offense, there must be some nexus involved in the facts of the case that establishes federal jurisdiction, such as crossing state lines, tax evasion, or a pattern of racketeering.

Distribution of a CDS

Louisiana and federal law criminalize the knowing and intentional distribution of CDSs, using the U.S Controlled Substances Act to categorize drugs into five schedules based on their potential for abuse and dependency. The State of Louisiana has jurisdiction over acts of drug distribution that are committed within Louisiana borders, whereas the federal government may have jurisdiction over the same conduct if the activity crossed over state lines.

Penalties for drug distribution are significant and increase in severity based on the schedule and volume of the drug. For example, under Louisiana law, you may be sentenced to up to 30 years of imprisonment for distributing cocaine—a Schedule II CDS—but you may face up to 50 years for distributing heroin—a Schedule I CDS.

Possession with Intent to Distribute a CDS

The prosecution will typically point to circumstantial evidence, such as a high volume of drugs that exceeds an amount that would reasonably be needed for personal use or drug paraphernalia like razor blades and baggies to package drugs for distribution. The prosecution will point to these facts as evidence that you did not intend to keep the drugs for personal use, but rather that you intended to sell or distribute the drugs.

A federal drug conspiracy charge may be brought if you and one or more other individual(s) entered into an agreement to violate a federal drug law and each of you joined the agreement knowingly.

It is a federal criminal offense to import illegal drugs into the United States.

In additional to these offenses and depending on the facts involved in your case, you may also face charges for possession of firearms in furtherance of a drug trafficking crime, unlawful use of communication facilities, and tax evasion.

Accusations of drug trafficking typically come with charges for multiple violations. To avoid spending decades of your life in prison, it is crucial that you seek the guidance of an experienced and knowledgeable drug defense attorney. The defenses available to you with be highly dependent on the specific facts involved in your case.

Often, one of the most effective ways to get the charges against you dismissed or reduced is where there is evidence that your constitutional rights against an unlawful search and seizure were violated. Under the Fourth Amendment, the U.S. Constitution protects against unreasonable search and seizures by the government. Specifically, it holds that where an individual has a reasonable expectation of privacy, such as their home, law enforcement may not conduct a search and seizure in that area without a warrant, unless a special exception exists. In a criminal proceeding, if any evidence was obtained in violation of your right against unlawful search and seizure, that evidence is deemed tainted as a “fruit of the poisonous tree” and inadmissible into evidence against you.

If proper procedures were not followed in the beginning of your case—i.e. the police searched your car without probable cause or came into your home without a warrant—your defense attorney can request that that evidence be excluded from the record, meaning the prosecution will not be able to present the evidence to a jury when attempting to prove their case beyond a reasonable doubt.

Nearly every drug trafficking offense you can be charged with requires a showing of proof that you distributed or intended to distribute a CDS, rather than simply possess it for personal use. The prosecution is required to prove each element of the charge beyond a reasonable doubt—including intent.

An effective and skillful drug defense attorney with closely examine all the facts in your case and present arguments that cast as much doubt as possible on the prosecution’s argument that you intended to distribute the drugs.

If you are facing drug trafficking charges, we can help. Let our decades of experience create the solid defense you need. Call 504-370-9233 or simply contact us online to schedule your initial consultation with our New Orleans drug  trafficking defense lawyer.