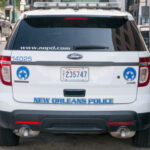 Despite the national emergency declared over the COVID-19 pandemic, New Orleans police are continuing to make arrests for minor and nonviolent offenses, the Washington Post reported this week. Among the crimes cited in the Post report were theft and trespassing. Yet across the nation, law enforcement agencies are making fewer arrests and jails are… Read More » 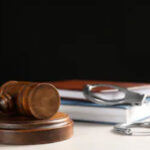 A pregnant woman had to run after a carjacker in Chalmette, a suburb of New Orleans in Louisiana. The video, which was shown on Fox 8, went viral. Video surveillance from neighbors showed a group of three men walking down Kinds Drive in Chalmette when they spotted a car parked in the driveway. The… Read More » 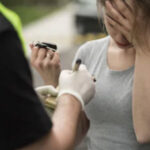 What Are Police Officers Looking for in Field Sobriety Tests?

When you got pulled over, you begin to regret getting behind the wheel as a police officer is approaching your vehicle. As the police officer begins asking questions and then tells you to exit your car, you realize that you shouldn’t have had that last drink. Yes, you are about to participate in field… Read More »

If you were arrested for disturbing the peace in New Orleans or elsewhere in Louisiana, you might be wondering what to expect and how to defend yourself against this criminal offense. In Louisiana, “disturbing the peace” is used as an alternative term for disorderly conduct. There are a variety of crimes that constitute disturbing… Read More »

Only about 9% of car burglaries reported to New Orleans police last year led to arrests. According to WDSU citing a report presented to the City Council, more than 6,000 vehicles were burglarized in New Orleans in 2019, which is the highest number since 2012. Only 570 car burglars were arrested, while juveniles made… Read More »

Understanding the Difference Between Assault And Battery

Assault and battery are both crimes of violence in Louisiana. Both can be charged as misdemeanors or assault, depending on the circumstances and the nature of the crime. Both should be taken seriously, as a criminal conviction for either assault or battery can lead to serious consequences for you and your family. What Is… Read More »

Understanding The “Stand Your Ground” Law In Louisiana

The use of extreme violence is almost always against the law in Louisiana. One area where non-consensual violence may be permitted, though, is when a person is using violence in self-defense. Self-defense is the area of law where the “Stand Your Ground” provisions come into play. What Does The Law Say? Louisiana Statute 14:20… Read More »

Do Trespassing Laws Apply To Hunters?

What Happens If I Am Suspected Of Committing A Probation Violation?

To understand the significance of violating probation, an individual must first understand what it means to be on probation. Readers of this New Orleans criminal defense law blog are encouraged to understand the terms of their probation sentences in order to gain a better understand of what may constitute violations. This post shall discuss… Read More »

We Can Help You With Your Criminal Defense Strategy

Last week this New Orleans criminal defense law blog presented some of the consequences that an individual may face if he or she is suspected of committing a probation violation. Probation violations, parole violations and a wide range of other criminal charges can impose restrictions on a person’s life and can prevent him or… Read More »